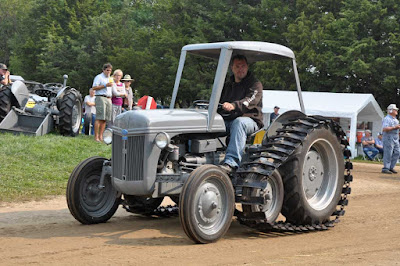 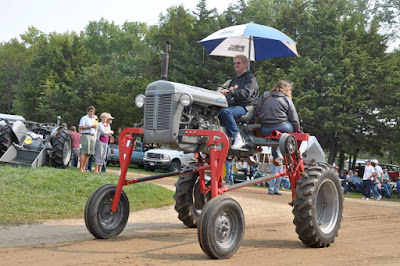 These are variations on Ford-Ferguson tractors. Both of these tractors may be 9N models built between 1939 and 1942. Companies other than Ford made these accessories to be bolted onto standard tractors. A total of more than 830,000 of the N model Ford tractors were manufactured between 1939 and 1952. Many of these tractors, now antiques, are still in use around farms. Over the years of production the motor increased in power. The original 9N models came with 20 horsepower motors which later increased to 25 hp in the 8N of 1947-1952. All three early N model Ford-Ferguson and Ford tractors were the same machines with a few changes. These reliable, inexpensive, hard working tractors convinced farmers to move away from farming with horses to mechanizing their farms.