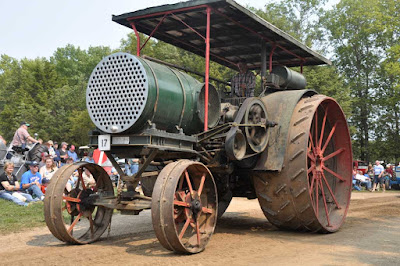 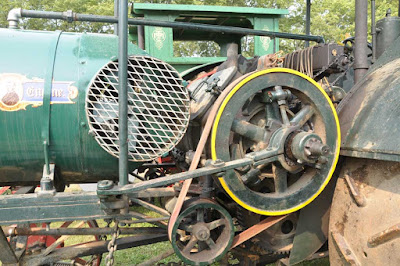 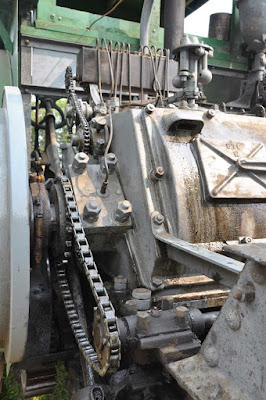 Aultman Taylor was a manufacturer of steam traction engines used for agriculture and construction. By 1910 they became aware that steam power was on the way out so they manufactured their first gas tractor, the Aultman Taylor 30-60 gas tractor in 1911. The same model continued until 1924. These tractors start on gasoline then switch to cheaper kerosene after the motors are fully warm. Some of the numbers associated with this tractor are impressive. It weighs 24,500 pounds. The massive radiator takes 120 gallons of water, and some of that water is injected with fuel into the cylinders. The water helps cool the motor and provides a seal for piston rings and valves. Depending on operating conditions up to nine gallons of water and kerosene can be burned per hour under heavy loads. The company called this machine "Old Trusty," and the Nebraska Tests commented that this tractor produced more power and ran more economically than any of its competitors in this era.
Posted by Taken For Granted at 9/05/2015