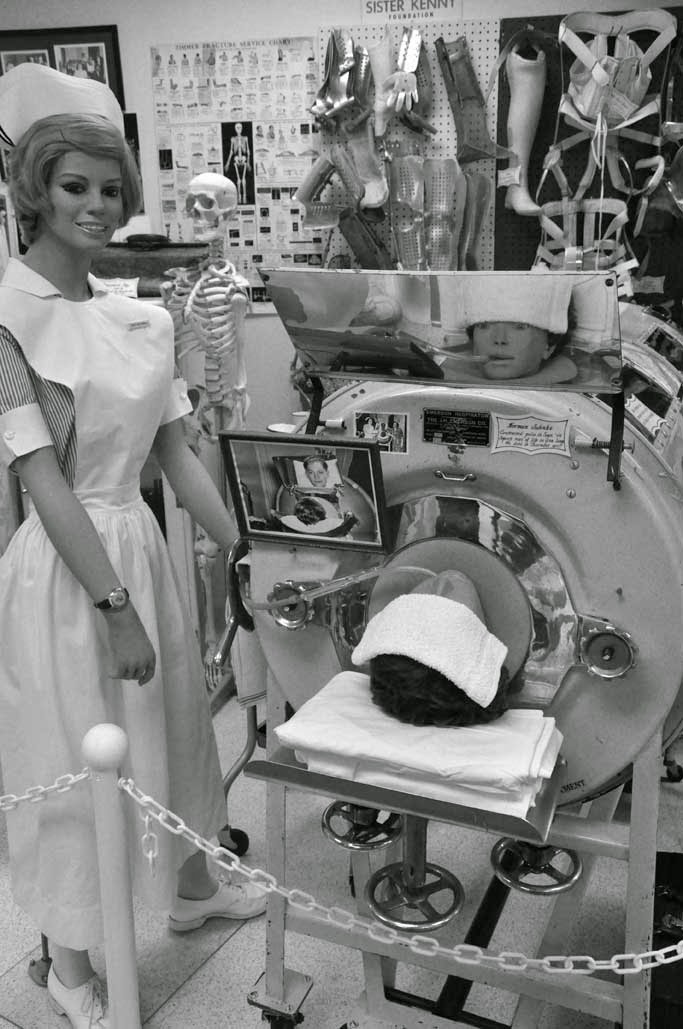 Most Americans have forgotten the polio epidemics of the post World War II years. In the early 1950s as many as 20,000 Americans, mostly children, came down with polio every year. In many places this caused panics. Public swimming pools were closed, events canceled, and children segregated to avoid possible exposure. For some of those who contracted the disease, chest muscle paralysis occurred. Their only chance to survive was in a negative pressure ventilator, or as it was commonly called, an iron lung. The vaccinations invented by Dr. Jonas Salk and later by Dr. Albert Sabin in the late 1950s brought polio to an end in the U.S. Unfortunately there are those who oppose vaccinations creating large numbers of children who are no longer protected, so this epidemic may once again sweep across parts of the world. The exodus of unvaccinated refugees from Syria is but one example. Polio numbers are on the rise once again. For those who survive polio with access to modern medicine, they may received positive pressure ventilation providing patients more mobility.
Posted by Taken For Granted at 6/26/2014