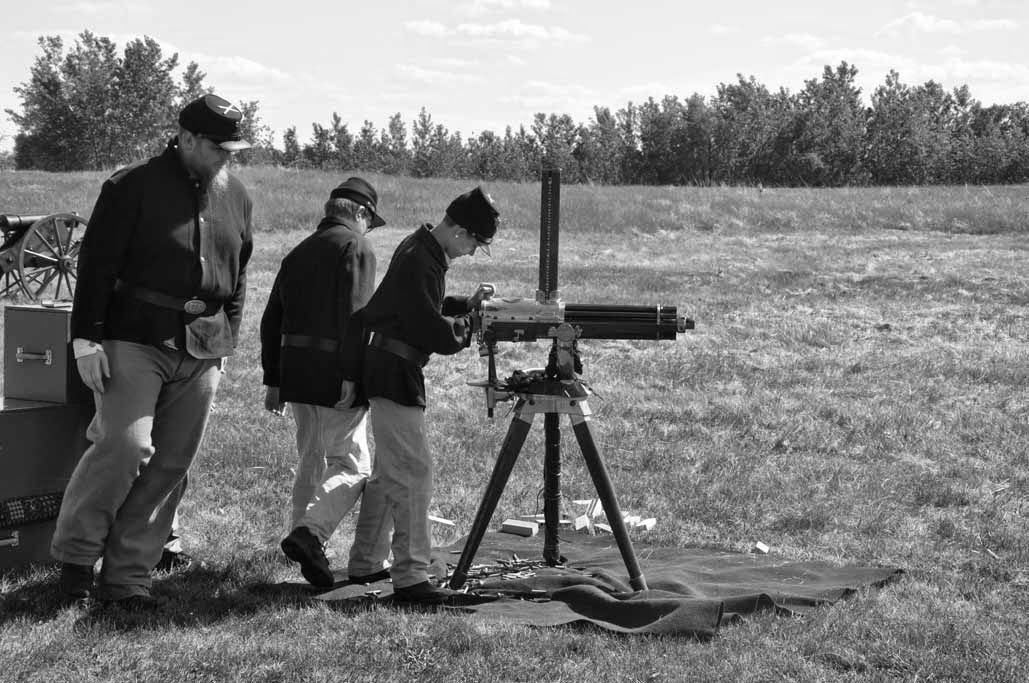 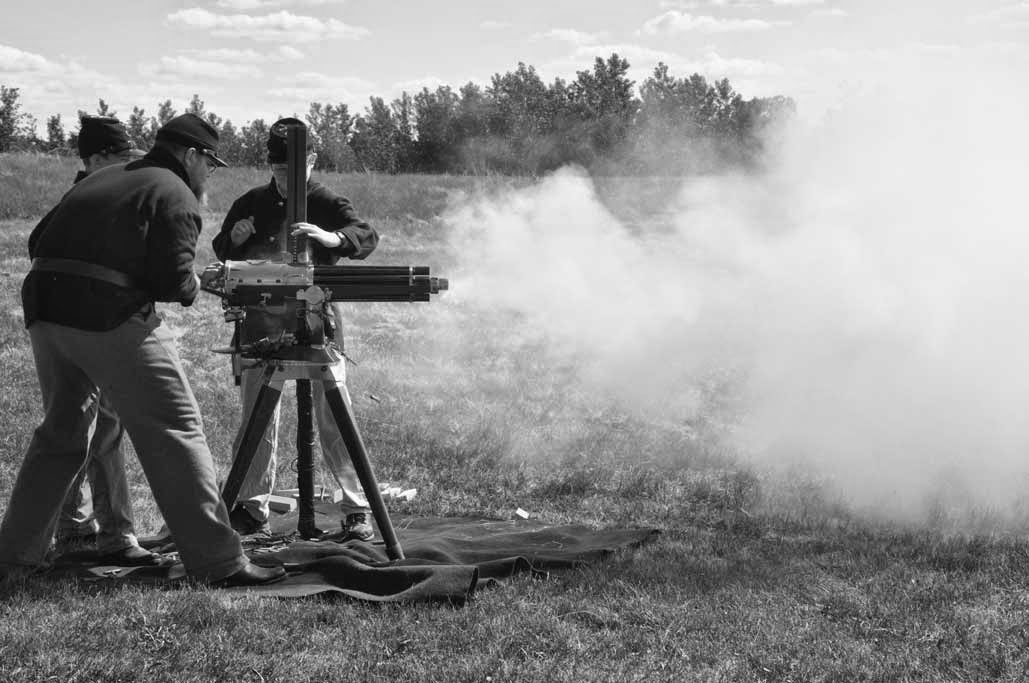 The Gatling Gun pictured here is an 1874 version with short barrels to make it lighter and more mobile. While the original Gatling Gun was patented in 1861 with six barrels, they were never fully accepted by the Union Army. They saw only limited use in the Civil War. John J. Gatling wanted to sell his gun to the Union Army because he thought that it would bring the war to a swift conclusion being too horrible a weapon to face in battle. Gatling was a member of a Southern secret society. He had mixed feelings about the Civil War.

The first prominent use of Gatling Guns by the U.S. Army was during the 1898 Spanish-American war at the Battle of San Juan and Kettle Hills. First Lt. John Henry "Gatling Gun" Parker commanded a detachment of three guns used in an offensive campaign on San Juan Hill. This was the first ever use of these guns in offense. He opened fire on Spanish troops dug into trenches on the top of the hill. Within the first eight minutes his three guns had discharged 6,000-7,000 rounds of .30 caliber ammunition. The result was devastation for the Spanish troops defending these hills. Theodore Roosevelt's charge up the hill met little opposition from the dead and dying defenders. Lt. Parker's guns were then moved into a defensive position on Kettle Hill where he repelled a counter-attack of 600 Spanish soldiers. Of the Spanish attackers only 40 survived. Theodore Roosevelt gave credit to Lt. Parker for contributing to his victory. Lt. "Gatling Gun" Parker went on to a heroic career in the Army retiring as a Brigadier General. He won four Distinguished Service Crosses (DSC) for gallantry in battle leading his troops in WW I. Although wounded in battle, he continued to command his troops for an additional five hours until relieved by a superior officer.
Posted by Taken For Granted at 6/30/2014