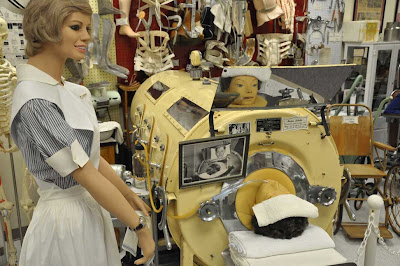 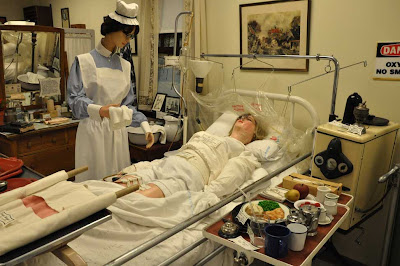 Iron lungs allowed people paralyzed by polio to breath. They were confined to this machine for months, years, or sometimes life. In the 1940s and 50s over half a million people a year world wide came down with Polio, a disease that became common in the 20th Century. With the Salk and Sabin polio vaccines, introduced first in 1955, the highest number of new cases in the U.S., polio was eliminated by 1962. From 1920s to 1950s it was epidemic, especially among middle-class, white school age children. Its most famous victim was Franklin Delano Roosevelt.

Hospital food doesn't look any better as a model than it does in reality.
Posted by Taken For Granted at 11/12/2012