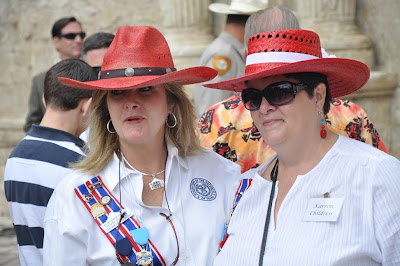 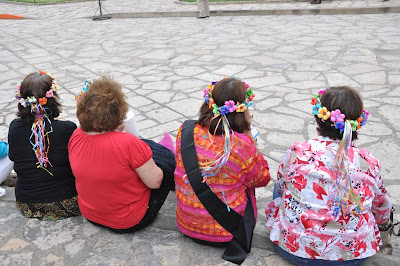 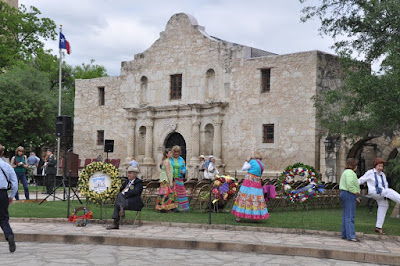 As part of Fiesta celebrating the victory over Santa Anna at the battle of San Jacinto, the Daughters of the Republic of Texas (DRT) wreath laying ceremony honors the dead at the Alamo and San Jacinto. The DRT are the only ones allowed to hold ceremonies at the Alamo. To be a member they must trace their family back to the war for Texas Independence from Mexico. The Texas legislature granted the DRT complete control of the Alamo, and it's history, so long as no state dollars were used in it's maintenance or operation. This gives them control over a National Park, a unique relationship. There are a number of different chapters of the DRT. Perhaps there is a status difference among the different chapters. Men are involved as Sons of the Republic of Texas, and in an organization known as the Texas Cavaliers who run the River Walk Parade. These men are likely the husbands and fathers of DRT members, but they have no formal authority at the Alamo.
Posted by Taken For Granted at 4/27/2010