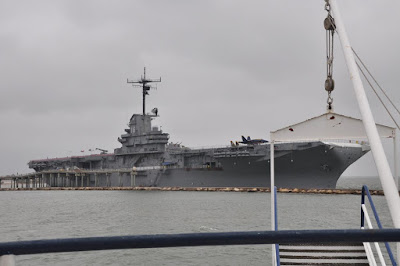 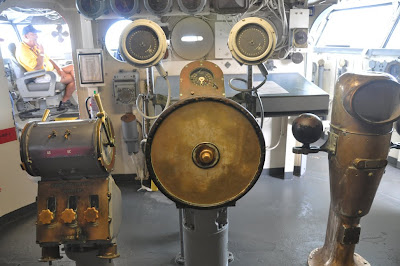 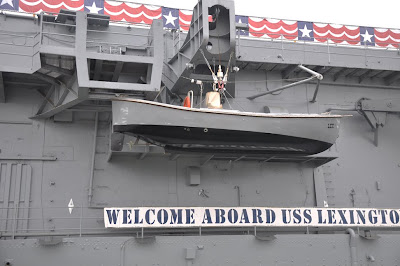 The aircraft carrier Lexington is now a museum permanently anchored in Corpus Christi. This is a ship with a history of many major pacific island battles in WW II, and then later as a training ship for navy fliers. It spanned the history of aviation from the biplane, used mostly as trainers, to the modern jet era. In the 1960s it's decks were rebuilt in the contemporary pattern of an angled landing deck so both take offs and landings can happen at the same time. As a museum the Lexington stands as a monument to war, but as a ship it is impressive in it's massive complexity. On the one hand it was capable of dealing death on a large scale, but on the other is a thing of beauty. It is a bit like an auto accident. It is horrifying, but we just can't help but look and be fascinated.
Posted by Taken For Granted at 4/22/2010