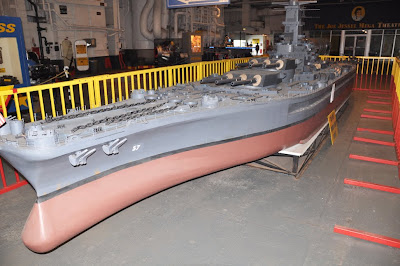 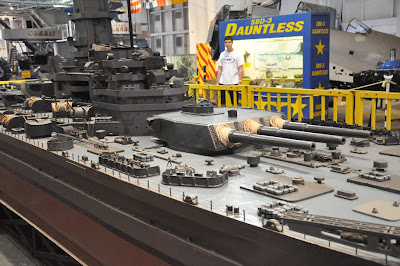 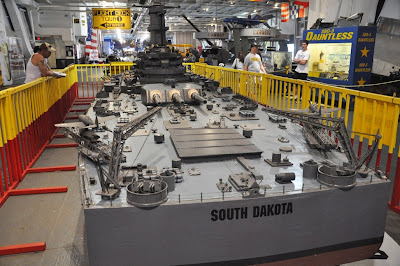 Came across this very large model of the Battleship South Dakota. The South Dakota became a class of four fast battleships replacing the South Carolina class. World War II in the Pacific was the end of the era for battleships with huge guns. They were replaced by aircraft carriers as the major Naval ships. The State of South Dakota was proud to have a major capital ship named for it, and there is an outline of it in a park in Sioux Falls along with a gun barrel and a propeller from the ship. For a brief history of the South Dakota see: http://en.wikipedia.org/wiki/South_Dakota_class_battleship_(1939)#South_Dakota
Posted by Taken For Granted at 4/26/2010