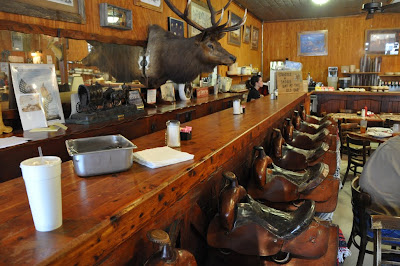 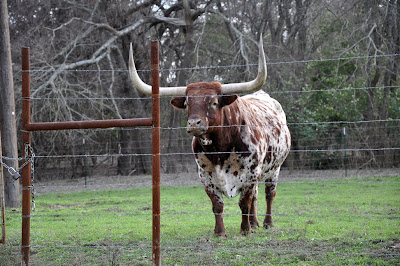 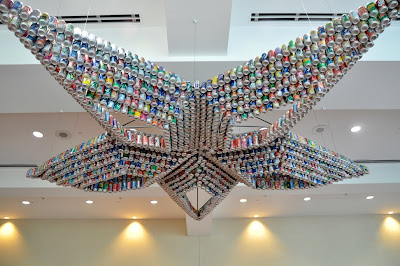 Nothing is more symbolic of Texas than the Texas Star. This one is made from recycled soda cans. There has been a long running campaign, "Don't mess with Texas" which is an anti-litter slogan. There are probably more longhorn cattle in Texas now than in the last 75-100 years. John Wayne had a hard time finding a herd of longhorns to use in his 1960 movie The Alamo, but now these cattle can be found nearly everywhere. The saddle bar is at the Old Spanish Trail (OST) Restaurant in Bandura, Texas, about fifty miles north of San Antonio. It's interesting looking and servers good food.
Posted by Taken For Granted at 4/05/2010