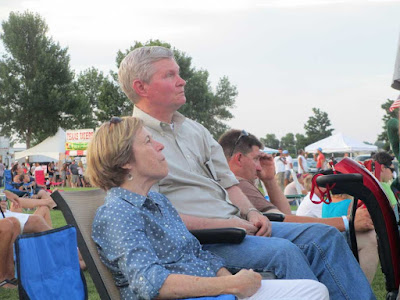 This is Senator Tim Johnson and his wife, Barbara, attending Jazz and Blues Fest in Sioux Falls, SD. They enjoyed the music and the well wishes of many people who came by to thank him for his service. He represented South Dakota in the U.S. House of Representatives from 1987 to 1997, and the U.S. Senate from 1997 to 2015. He did a fine job for the state and for the nation.
Posted by Taken For Granted at 8/04/2015