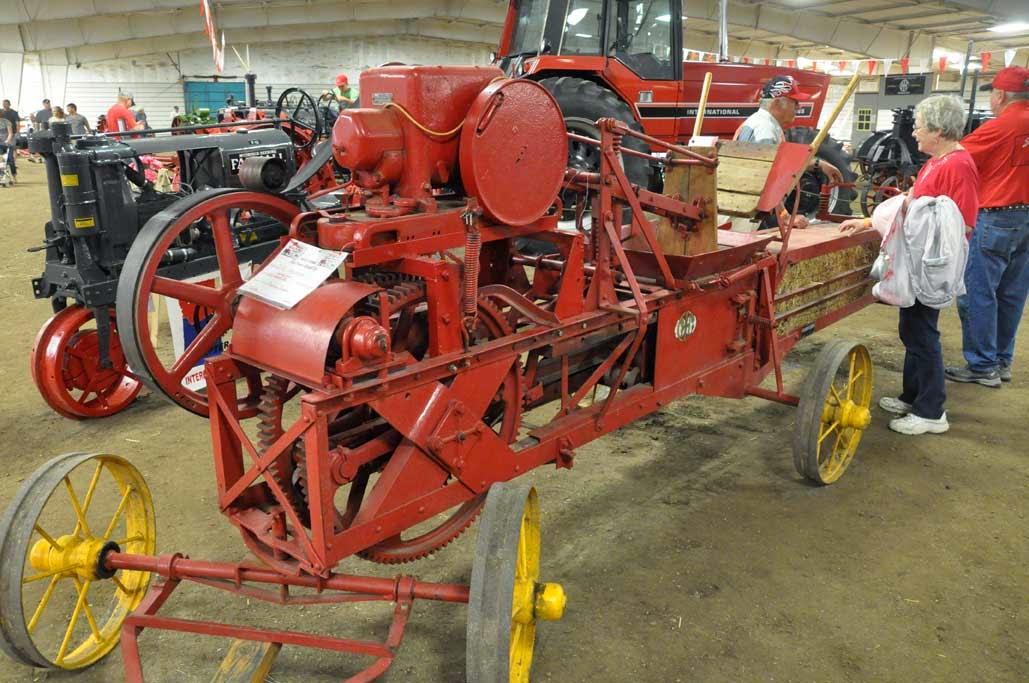 Pictured above is an International Harvester (IH) hay press manufactured from 1929 to 1939. It is not called a bailer because the bales are hand tied after the machine compresses the hay. Wooden blocks are put into the hopper to separate bales. These blocks have groves in them allowing the insertion of wire used to tie the bales. It takes a crew of six workers or more to operate the machine. Two people fork hay onto a platform where a third person feeds hay and wooden blocks into the hopper to be compressed. Two more people stand on each side of the hay press to insert the tying wires, and the sixth person carries the finished bales to be stacked. I have worked with a John Deere Dain Hay Press tying bales for as much as thirty minutes at a time. We might have made 10 or 12 bales, perhaps half a ton of hay per hour. A modern baler can process 25 tons per hour with a single operator. 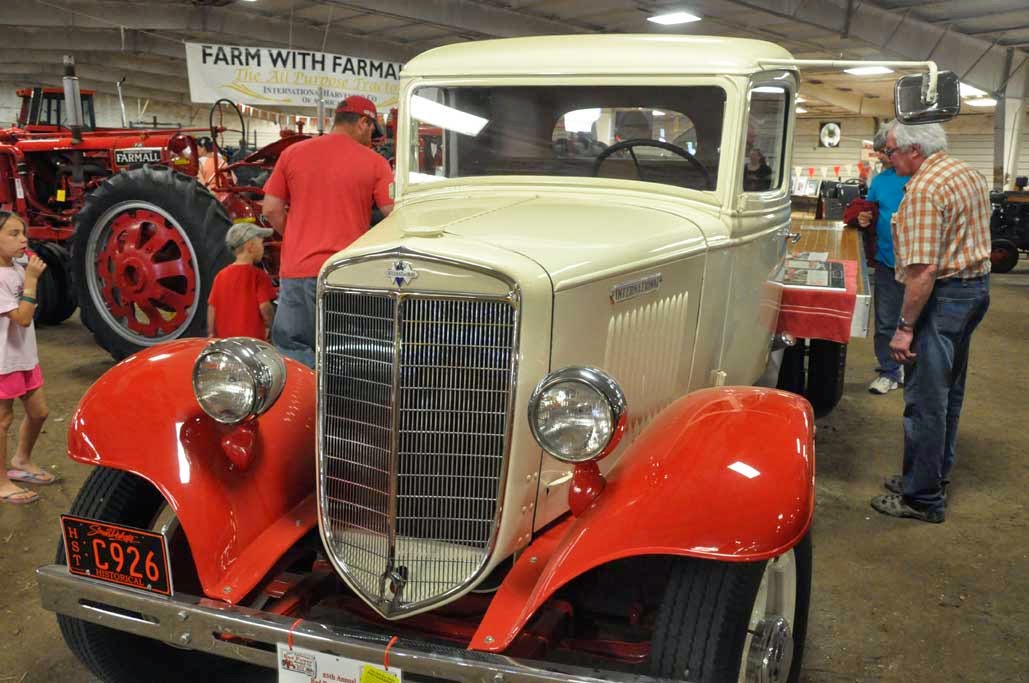 International Harvester made some fine looking trucks. This is a five ton flatbed truck used to carry loads of  machinery, hay, grain, live stock, or anything else the farmer needed to haul.
Posted by Taken For Granted at 7/05/2014