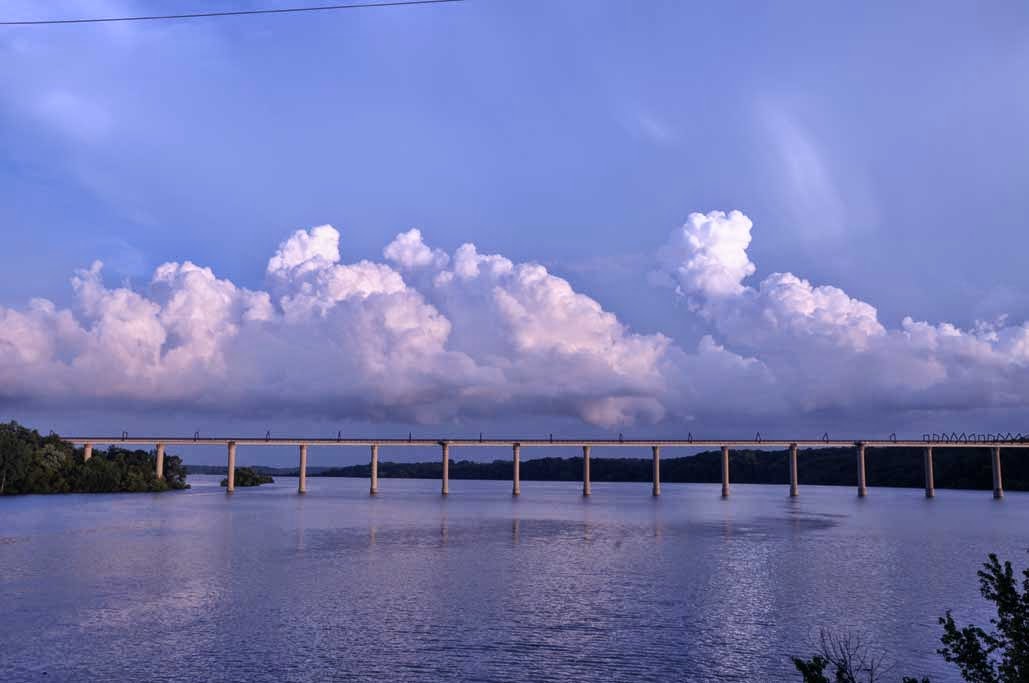 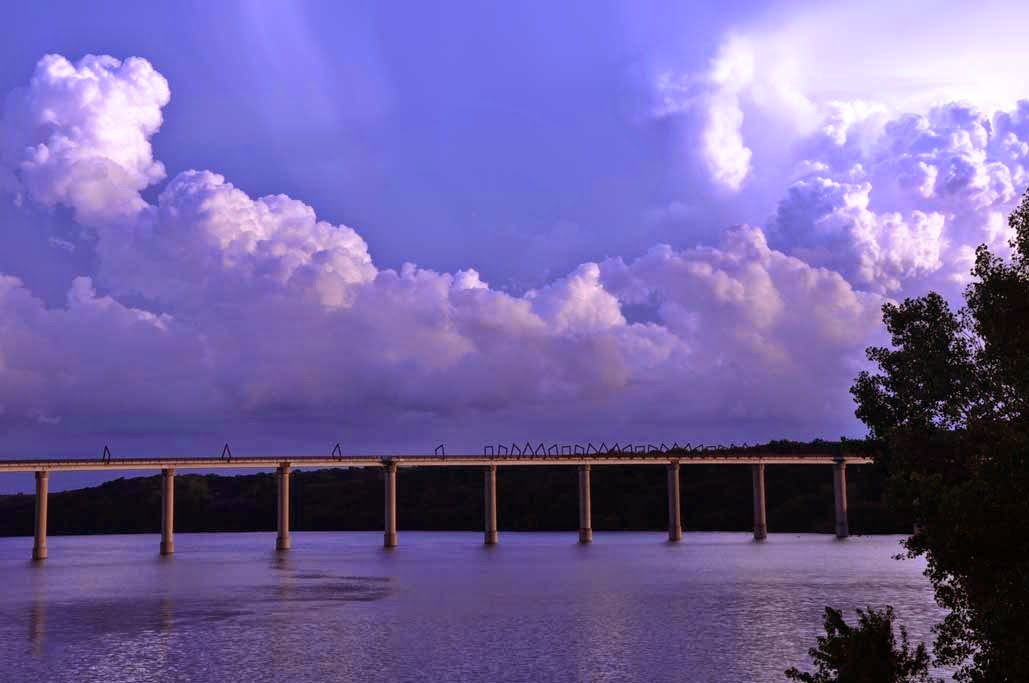 The High Trestle Bridge is on a bike trail between Madrid (pronounced MAD-rid) and Woodward, Iowa over the Des Moines River which becomes Saylorville Lake here. It is only about seven or eight miles between the towns and is a lovely ride day or night (only with good head and tail lights). The bridge is 13 stories above the water and is nearly a mile long. The sculpture arches toward the west end of the bridge, which you can see if you enlarge the picture, appear to spin around you as you ride through them. The sensation is even stronger at night as each arch is lighted with blue lights. This bridge was originally a railroad bridge, but this line was abandoned many years ago. The State of Iowa spent the money to have new decking installed on the bridge and paved the trail. This trail connects to the Central Iowa Bicycle Trail system at both ends, so riders can extend their rides for many miles going east or west. The Flat Tire Bar does a brisk business at the Madrid end, but there are a number of new places for refreshments that have now opened in Woodward. The High Trestle bike trail has brought considerable economic development to central Iowa.
Posted by Taken For Granted at 7/12/2014