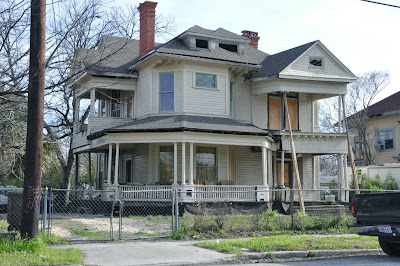 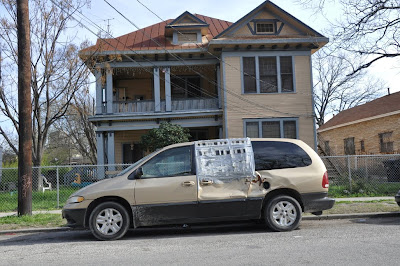 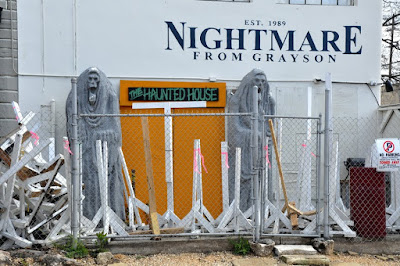 An urban trend that has gone on for at least half a century is the restoration of old, inner-city houses and neighborhoods. This tend often happens in low rent, inner-city areas where artists set up studios and residences. The trend is known by a number of names, but the one often used is "gentrification." But this is an inaccurate term. What does happen is a rapid rise in the value of neighborhood real estate. Those early to the game often do much of the restoration work themselves for their own use. It is only later when real estate speculators come in to make profits from the increasingly fashionable neighborhood. The two houses in these pictures are prime candidates for restoration because they were at one time grand houses.
Posted by Taken For Granted at 3/12/2010