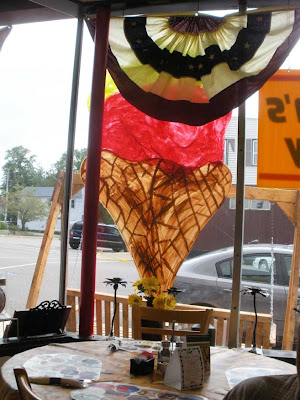 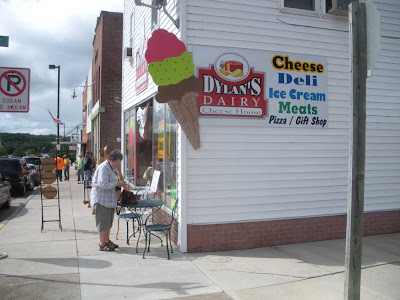 There is a story behind Dylan's Dairy Store. Dylan Crabb was a thirteen year old who was diagnosed with leukemia in 2007. He wrote a letter to the Make A Wish Foundation asking for his own herd of dairy cows. They granted his wish sending him 33 cows. He was delighted to become a dairy farmer on the family farm with cows of his own. He cared for them and milked them daily until the cancer took his life in spring 2009. His family continues to milk Dylan's cows and have opened this dairy store and cafe in Cornell, Wisconsin in the spring 2010 with the products produced from Dylan's cows. The ice cream was wonderful, some of the best I've eaten. The store also sells cheese on the Internet as well as in the store.
Posted by Taken For Granted at 11/01/2011