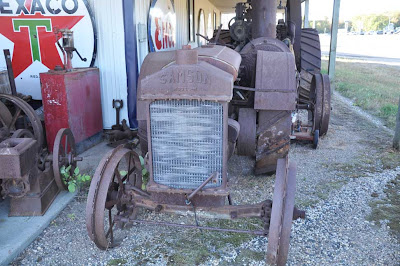 The Samson tractors were made in Rockford, IL by General Motors who was trying to copy the success of Fordson by Ford Motor Co. GM lost money on tractor sales, so they raised the price, and sales fell more. GM converted the Rockford plant to make other products by the 1930s. 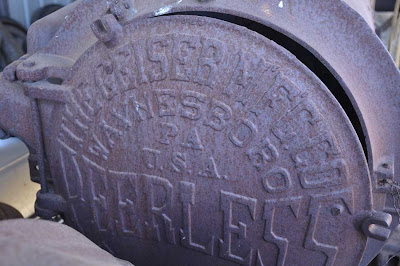 Peerless was a well made, reliable steam traction engine, but its location in Waynsboro, PA was far from the Great Plains where they were needed. Shipping costs were a problem for the company, but they did continue to make steam tractors into the 1920s long after steam was mostly replaced by smaller, less costly gas or oil tractors.
Posted by Taken For Granted at 10/06/2011