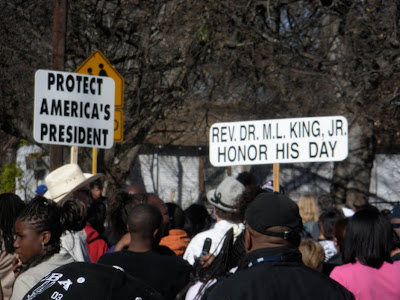 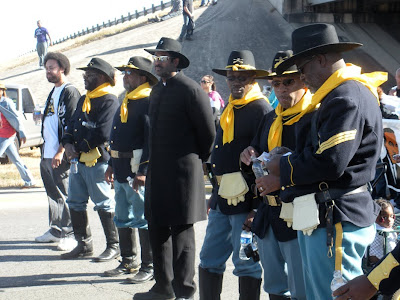 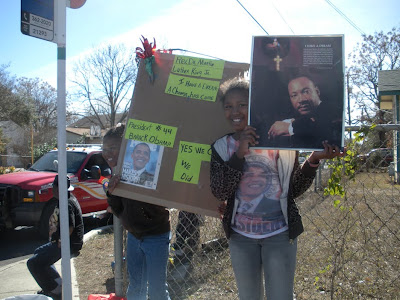 In January 2009 we joined the Martin Luther King, Jr. Day march in San Antonio. President Obama had just taken office a week earlier. This march is said to be the largest MLK Day march in the nation with over 100,000 people marching. It didn't march so much as float about three feet off the ground for three miles to a large park where people tried to give speeches. Pure joy ran through this huge crowd.
Posted by Taken For Granted at 7/07/2010